Photo: For the "half" keep an eye 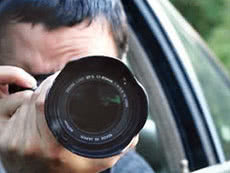 Today, the activities of detectives in Ukraine, by and large, is not legal. And, despite the fact that many such organizations are registered as mass media, it does not mean that they do have the right to carry out all the workload, which is currently produced by employees detective agencies. But this issue has already been raised to the level of the law and, most likely, will soon find its solution.

Will the detectives in the rigid framework

Do not make you water that is now the detectives are really quite illegal and clandestine activities. The absence of the law of any clear regulations on this matter is not yet evidence that their activities are indeed prohibited. Just for some reason at the moment outside the law is a certain part of their services. And these services include wiretapping facilities and conduct covert surveillance. Anyway, this is how to talk about the situation lawyer Igor Malovsky.

But since April 12, this issue must be resolved, as on this day in parliament and began consideration of a new law "On private detective work." With his acceptance of the work of private investigation in Ukraine would be legal, and widely open some doors that are currently closed tightly before detectives. They will be able to hold and maintain record video. Of course, they still will not be able to listen to people's privacy, especially in matters related to religion and politics. But that's not the worst limitation.

But what is really afraid of detectives themselves, so it is what is now for them to be closer monitoring by colleagues from the Interior Ministry, which will oversee the investigation. And any, even the slightest disturbance will certainly be punished. But as shown by the same experience of their colleagues from other countries, benefit from the emergence of the new law will still be more. Detectives will be able to cooperate more closely with law enforcement officials. Those, in turn, will be able to delegate some of their tasks, it is not common for public servants.

Who needs the services of detectives?

Among the clients of the detective agency present a wide variety of people. Of course, accurate statistics of attendance no leads. But as the head of the detective agency "Conrad" Yuri Conrad, most orders still come from individuals. It is also extremely difficult to accurately say about what it is prefer to use the services of these clients. Again, a small private detectives observation suggests that most people are asked to conduct a search. And that, in principle, it is understandable why such a request did not go immediately to the police. After all, the detectives asked just find an old friend or a first love, and begin searching for scams or debtors. That is, by and large seek a professional help when it alone can not solve the problem. And of course, what to look for a movie star or pop a law enforcement officer does not become a default. Incidentally, it is worth noting that the lack of clients detective agencies do not test, although their number in Ukraine at the moment there are about two thousand. Naturally, the figure is approximate, because no one is recording and accounting of such institutions.

The second important issue is related to infidelity. People want to be sure that it does not change the person I love. But again, without the participation of specialists can be very wrong. And later we will give one example. In the meantime, let's say that if you deal with a similar question to the detective, then you need to be alert to the possibility that the investigation may take a certain amount of time. These issues can not be solved immediately. Although it is sometimes possible to declassify the traitor and the first day of work.

As for the cost of services detective, and this issue should excite potential customers, the prices are not the cheapest. For example, to find a distant relative, you will need to make the cost of the order of 250 - 500 dollars. But during the investigation on the subject of adultery your cost will be at least $ 350 per day.

Dyuzhuyu not currently active are beginning to show, and representatives of the business sphere, ordering detectives services that allow businesses to feel in maximum security. It tells Yuri, CEOs are requested to identify exactly who is in the company of spying, who are involved in various financial frauds, how responsibly staffed. It is never superfluous to collect information about its own competitors and partners. And just huge popularity of a tool such as the polygraph, which allows you to get answers to some questions in just a few hours, and is such a pleasure not more than a thousand hryvnia. Also, if you are really worried about the safety of your company, then it never hurts to check the premises for the presence of covert surveillance and wiretaps to you. Just $ 10 will cost study of one square meter of space.

Take in the act

As we have mentioned above, there are oddities in the detectives at regular intervals, and the results of the strike is sometimes not only customers, but also of the detectives. For example, not so long ago turned into a "Conrad" one man, who began to suspect a soul mate is that it changes. The woman became very late to go home, she began to appear from the decoration. Naturally, all this has caused some kind of suspicion in her Blessed, like any other normal person would. But it was investigating detectives and found that in fact she did not change anybody, and began practicing his own business, but do not tell my husband. But it is revealing of adultery - this is not the only way to solve some of the seminal issues. Sometimes people just asked to conduct a provocation, to see how the other half will respond to the attentions of the opposite sex.

And there was a case when a man ordered a detective shadowing object. Agency staff perfectly done their work, as were able to establish that he turned and thus the object. Whether the desire to test the professionalism of the detectives, or the desire to have fun in a way to force the person to take such a step.

Do not understand the motives and another customer, who sought to expose some of his subordinates, hired a detective was under cover of his new employee. That's only to the client and failed to support such a perfect frontman created the legend of the employee. He is the same first day of the team not only introduced a new employee, but all told, that now can simply declassify all those responsible for corporate embezzlement because he started to work with the private detective.

What happens to the others?

Of course, sometimes to understand what will turn this or that change, just look at the experience of those who have gone through such changes. And if you take, for example, Russia, where such a law already in force since 1992, and there in the first two years after its signing sharply began to appear private security companies. As it happened in England, where the number of detectives is now twice the number of police officers.

The material was prepared by Anna Goncharenko
For the newspaper "Arguments and Facts in Ukraine" with the use of a material detective agency "Conrad.(http://www.dobrobut.biz.ua/)" 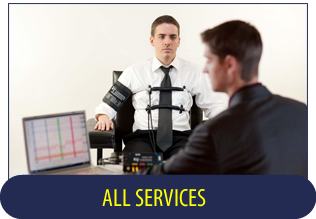 I have a few month pestered by phone. I could not find out who it is. Only "Detective Crimea" and helped. Thanks for your work, guys!

Lost love on the Internet. So often the case - to communicate under a false name, and the person then vanishes and is no longer find. Only one such friend by correspondence I fell in love. Not knowing…

Survived from the marriage swindler

Decided to get married a third time, but her husband was 15 years younger. My best friend is alarmed, and she went here. Intuition it did not disappoint. Secretly I had collected information that a…

MPs propose to legalize the country's private investigation Today, the activities of detectives in Ukraine, by and large, is not legal. And, despite the fact that many such organizations are registered as mass media, it does not mean that they do have the right to carry out all the workload, which is currently produced by employees detective agencies.

The "Special Forces" of the detective.

All Rights Reserved © 2008 "Private detective in the Crimea"